Spotting that manufacturers aren’t necessarily the best advertisement for their own products, QVC employs consultants to run “guest excellence seminars” where their powers of articulacy and persuasion are honed. The star turn at these is Dexter Moscow, a former advertising executive and estate agent, who’s brought in by QVC if a company can find no one equipped to sell their products credibly.

Mr Moscow is a salesman to his bootstraps. His voice is musical, seductive, soothing and trustworthy. His broad, family-doctor face radiates friendliness or polite concern. He ticks off points of argumentation on his fingers like a champion debater. He could sell

gumboots in the Sahara. He could sell you anything. “My special areas are technology, optics and security equipment,” he said. “Though I’m known as ‘Mr Christmas’ because I’m on quite a lot selling Christmas products, from July through to November. I suppose,” he concluded modestly, “it’s my grey hair and my favourite-uncle demeanour.” Moscow runs something called Audience Dynamics, training corporate types how not to freeze, corpse or look like murderers in front of the camera. His guru is Dale Carnegie, author of How to Win Friends and Influence People. “I’m a Carnegie teacher. The key to it all is his 30 human relationship principles – literally understanding the other person’s point of view and doing your utmost to fulfil it. And that’s what QVC is about, understanding the needs of the viewing public.” (Hmm, like the “need” to own a Tanzanite brooch, I suppose.) Moscow also invokes, a little surprisingly, the shade of René Descartes to explain that the emotional and logical sides of the brain aren’t as distinct as was once thought. “If you want to engage someone, you engage them on an emotional level about an experience they once had, and once you’ve made that emotional connection, you can lead them, or help them, to make a buying decision.”

It sounded rather weaselly to me. OK then, I said, take a camera. It’s got five millions pixels and that’s its selling point. Where’s the emotional pull in that? Dexter looked at me kindly. “But John [understanding voice], why are five million pixels good? Because the reproduction is fantastic. Why [concerned frown] is that important? Because when you’ve reproduced the film, you can blow it up to fantastic proportions, with perfect clarity, without any fuzz. Why is that important? Because [thrilling smile, like sun emerging] you can then give it as A Gift to somebody, about whom you’ve thought, ‘How can I help them remember a tender moment in the best possible way?’ So that it isn’t [eyes start to liquefy] a disappointment when you show them the picture …”

By the time Dexter subsided, I was practically weeping myself, what with the emotional connection and all. Could it be that simple? I can speak with reasonable fluency. I’m quite good with words. I decided to volunteer for an audition to be a QVC presenter.

Scarcely an hour later, it was arranged. I was told to present a Canon PowerShot digital camera, costing £409, with a powerful zoom lens, an 8.0 megapixel clarity quotient (well, I sure knew all about that) and a Face Detection facility, along with “extensive movie options” about which the fact-sheet was hazy. Could I remember all that? I wrote a script – an unheard-of thing at QVC, where all addresses to camera are extemporised – and threw in heartwarming little stories about snapping household pets and filming my children in school plays. 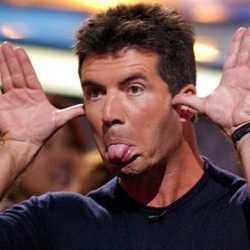